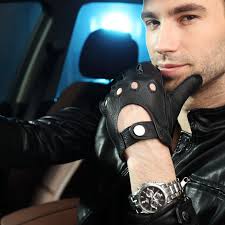 Hey, guy driving the black-with-blue-detail-on-the-doors-all-suped-up 2001 Toyota Celica? The driving gloves really necessary?  At rush hour on the 15 South?  Yeah, I know you’re wearing your Live Strong wristband.  But your car is going about 10 mph at it’s fastest in this kind of traffic.  I mean, I didn’t even see your face.  I just saw your hands on the steering wheel.  Wearing those black driving gloves.  See, I easily noticed them because we were going about 5 mph for most of our journey together, me about a half a car length behind you after I got off the 52 East.  You must have very soft, sensitive hands.  I’m not even sure you moved the steering wheel.  You couldn’t change lanes.  It was bumper to bumper.  I guess you just like wearing the gloves.  The look.  The feel.  The….what?  I don’t get it.  But then I’m not you.  I don’t wear driving gloves.  I think they’re pretentious.  You think they’re cool.  At least that’s the impression you gave.  ‘Cause you were wearing them.  In rush hour traffic.  That was at times at a standstill.  So….

It’s really not fair.  My assumption that you are some kind of person that I wouldn’t like. Someone who’s basically a dork.  A pretentious dork.  Actually, you are just pretentious. It’s an insult to dorks to even associate you with them.

But it’s weird the way one article of clothing can completely brand or label a person as a type.  A kind of character.

Shorts that are too short.  Pants worn high-waisted.  Or cut too high above the ankle.  Or too tight.  Or a shirt with an unidentifiable stain just below the collar.

It has been said that clothes make the man.  I don’t know about the truth of that.  But I do know that the clothes we choose to wear create a perception in the eyes of others. 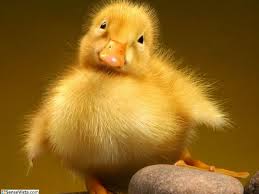 Walking the dogs with my wife the other day, there was a woman standing under the trees by the lake talking to the ducks.  Not talking to them as if they were ducks.  Talking to them like reunited high school BFFs.  Giggling and exploding with laughter as one of the mallards cracked a joke.  Walking behind as the ducks maneuvered toward the lake and offering ideas for what to do with the rest of the day.  In an unadulterated joyful fashion.

She was pure crazy.

As we walked by (me looking straight at the ground to avoid eye contact), my wife could sense my discomfort with the loon.  She immediately commented how uncomfortable people are with expressions of joy.  I offered that it’s not the joy that with which I was uncomfortable.  It was the crazy.

But she was right.  Because the woman was not exhibiting any kind of dangerous behavior.  Just different behavior.  Behavior that was openly and undauntedly expressive. Happy.  Joyful.  Giddy.  Effusive.

And there’s something not acceptable about expressing ourselves beyond the bounds of moderation.  Can’t laugh too loud in public.  Certainly can’t cry in the presence of others.  Anger is ugly and unbecoming.  And on an on.  Etc.  Blah blah blah.

I don’t know exactly where I’m going with this, but it strikes me that I think I know how I am feeling throughout the day. If you were to ask me, I’d tell you straight up.  I’m happy or sad or this or that.  But how can I really know when I have such limited practice expressing any feeling.  In the presence of somebody else.  In front of an audience, per say.  It’s like that dreaded feeling one gets in the audition.  “Holy crap!  There are people watching me!”

We only get better at anything with practice.  And lots of it.  But we don’t get a lot of practice with our feelings.  What we are actually feeling or the expression of that feeling.  And if we do manage to publicly (meaning in the presence of at least one other individual) exhibit what’s happening inside, we come off as crazy most of the time.  And who the hell wants to be thought of as crazy?  Crazy people get locked away or end up walking the streets of some city talking to invisible companions.

Perhaps this is why we are so attracted to performers.  To the art of performance.  At its best, it is pure expression.  Which is to say it’s purely out there on the edge.

“It might go without saying, but it is a challenge to adequately describe any visual medium in words….A painting has an immediate effect as soon as its image is captured by the eye and processed by the brain.  The artist is manipulating materials like paint, clay, or video images to elicit these sensations.  The deliberate and relatively slow act of reading and taking in each word is bypassed.  [Visual and performance] Art goes straight for the gut.”

The quote above is from the introduction to The Artist’s Mentor editted by Ian Jackman.  The last line is great and is worth repeating:  Art goes straight for the gut.

There used to be a basketball coach at my high school.  Anyway, he was one of these really, really passionate coaches.  Unabashedly so.  It was unfamiliar to a bunch of teenage boys who were working 24/7 to be cool and aloof.  Removed and unaffected by anything and everything around them.

This wasn’t the case for Mr. Weidman.  He’d scream red-faced at his players in the locker room during half-time, “YOU GOTTA HAVE IT IN HERE!”  And he’d point right to his gut.  (In the interest of full disclosure, I wasn’t on the basketball team.  But my best friend was.  Still, this is not a first-hand account.)

It seemed so extreme at the time.  I mean, it was just a basketball game.  In some small town in South Jersey!  But that kind of extremist point of view — there’s something noticeable about it.  More than noticeable.  There’s something compelling about it.  On the court or on the stage.

You gotta go for the gut.